How to Design Trails for Mountain Bicycling and General Trail Usage

Student Nature Journal Entry by Mary Keller, Master Naturalist Graduate (2014)
Another key point was that maintenance and trail creation was all about keeping water off the trail. According to the Guide for Trail Maintenance, the “most effective means of controlling erosion is a well designed trail….A well-designed trail takes advantage of natural drainage features.” (1) When designing trails, consider that trails are about people; therefore they must be friendly for the “gentle use” public. The idea is to encourage use of the trail system, giving people an incentive to join the various outdoor organizations.

We then discussed guidelines for trail blazes. Ken stressed that consistency, such as placing blazes to the right and at a consistent, visible distance. At one point, we observed a blaze that was indicating a turn only to discover that the turn was actually a little further down the trail. A small trail did seem to cut off and join the actual trail further on. Another lesson learned; if directions are not clear users will create a new path. Guidelines on Sustainable Trails from the American Trails website state “keep users on the trail. Users leave the trail when the trail does not meet their needs or expectations” (2)

There was some mention of bikes on the trail and since I confused the different types of bikes I feel obligated to mention some definitions before I proceed with the afternoon session. REI defines different bikes on Bicycles: How to Choose. There are Road Bikes which are lighter than mountain bikes and good for multiple pavement use, Mountain bikes are designed with shock-absorbing features and better breaking systems in order to handle dirt trails and the rough terrain that comes with them. (3). Merriam-Webster defines Dirt Bikes as small motorcycles designed to be used on rough surfaces (4). And finally the American National Standards Institute defines ATVs as motorized off-highway vehicles designed to travel on four low-pressure tires. (5) 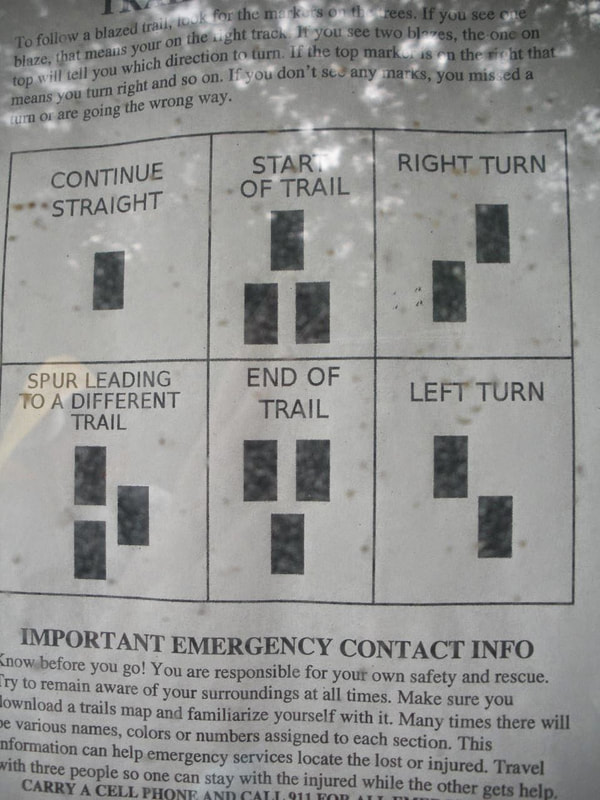 The afternoon was spent at Stillwell Woods Preserve in Syosset with Michael Vitti from CLIMB (Concerned Long Island Mountain Bicyclists). We talked about trail maintenance within various parks, and although the reason for non-maintained trails was discussed in the morning session, Michael clarified the issue for me. I had always assumed that trails within state, county or town parks were designed and maintained by the agencies that had jurisdiction over those parks. I was surprised to learn that these agencies, due to lack of funds and manpower, rely heavily on volunteers to maintain the trails within the park systems. He mentioned a textbook he uses, called Trail Solutions when designing and building trails.

Michael also talked about designing trails to prevent erosion. He felt that water bars were not effective. Instead a trail should be designed with trail reversals about every 75 feet. Leaf litter is a good indicator of a properly graded trail, since the absence of leaves indicates an erosion problem.  Michael reiterated what we heard during the morning session about designing trails where people will go. He described this as positive and negative control. A positive control would be directing people to desired destinations but a negative control is taking trail users near development or sensitive areas.

In order to discourage ATV use we learned three elements of trail design: lay the trail between narrow spaced trees, weave the trail, create bench-cut trail that are cut into the side of a hill and reverse the grade every 50 to 75 feet. Michael discussed the stages in getting a new trail approved and the mechanics involved. He demonstrated this by laying out a small section of a “new trail”, first spotting where he wanted the beginning and end of the trail, then roughly laying in out with ribbons and finally placing flags every few feet. 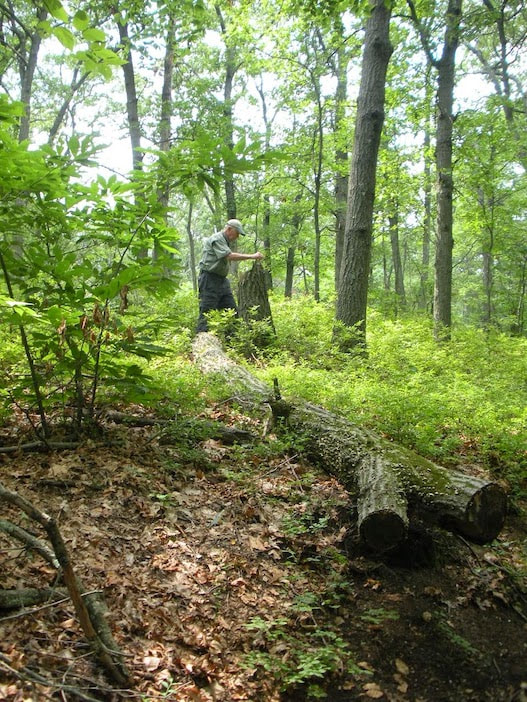 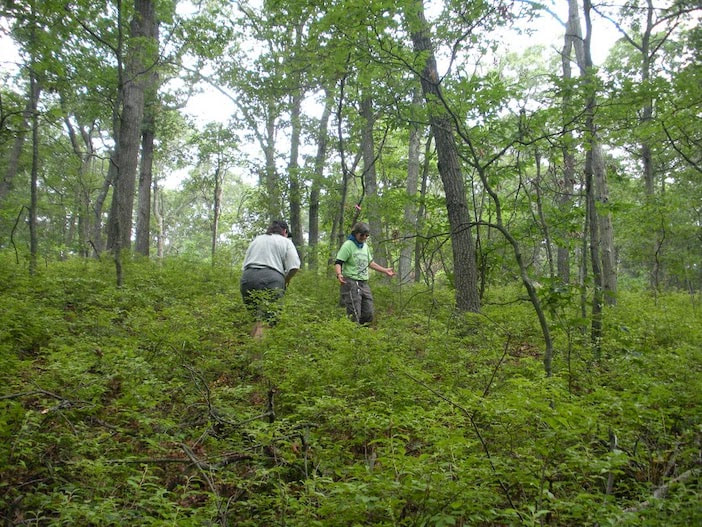 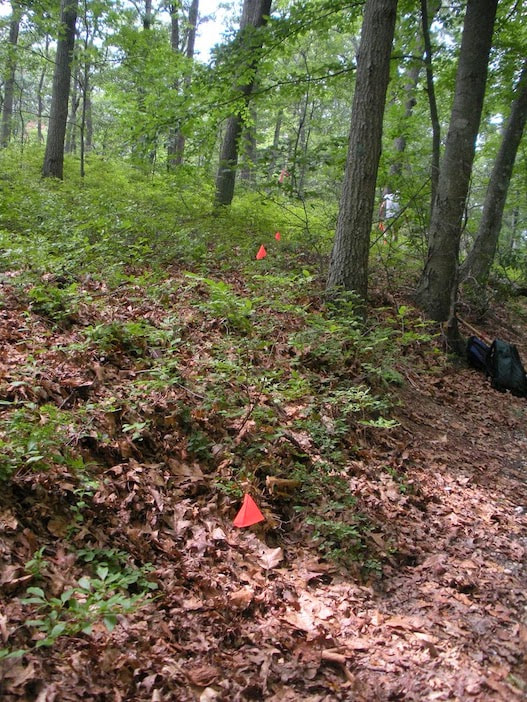 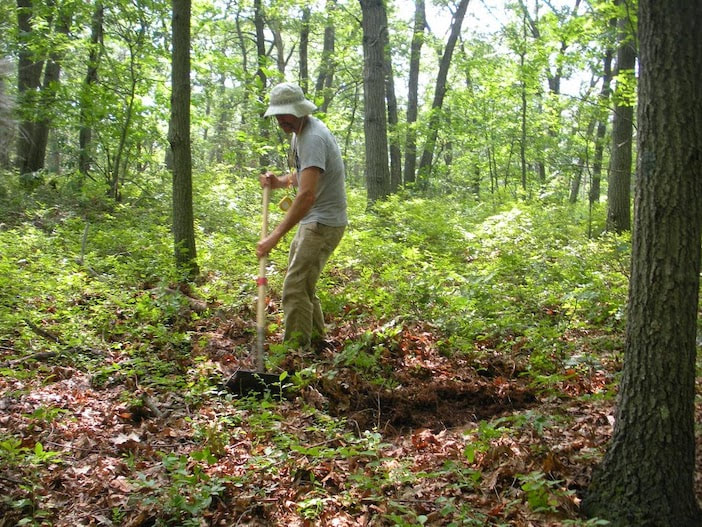 We finished the day, walking the trails a bit as Michael identified various plants along the way.
Go Back to Trails & Maintenance